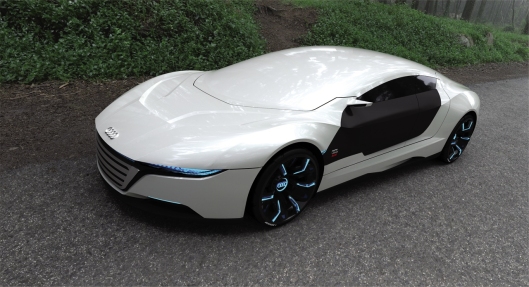 The Audi A9 concept is a stylish proposal for a luxury sports saloon which was developed by the talented Spanish designer Daniel Garcia. Garcia’s previous work includes the Ducati 6098 R concept from 2009.

The A9 concept would be positioned higher than Audi’s current flagship model, the A8, and is aimed at other top-end luxury saloons like the Porsche Panamera, and if it ever went into production, the Lamborghini Estoque. 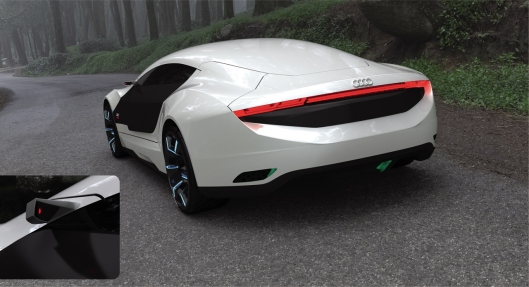 The styling of the A9 concept was partially inspired by the stunning architectural style of Santiago Calatrava’s buildings in “La Ciudad de las Artes y de las Ciencias” (The City of Arts and Sciences) in Garcia’s hometown of Valencia. This influence can be seen in the clean flowing lines of the vehicle and futuristic styling features. Calatrava’s buildings look like they come from 100 years in the future, and so does this. 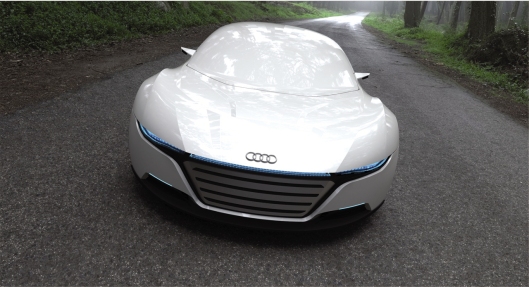 The single-piece windscreen and roof is formed from an as-yet undiscovered nanotechnology material which features an automatic-system for repairing damage, and it can also be adjusted for color and opacity. The bodywork of the Audi A9 concept also features a unique ‘electronic painting’ system which means the vehicle’s color can be changed at the touch of a button.

The proposed drivetrain for the A9 concept is an advanced hybrid setup which uses an internal combustion engine working in conjunction with four in-wheel electric motors.